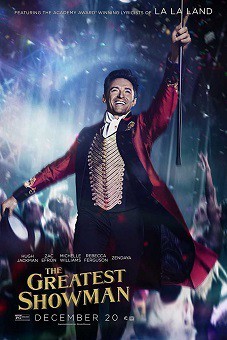 Descriptions:
United States, 19th century. PT Barnum (Hugh Jackman) has just lost his clerk position because the company he was working for went bankrupt. Wishing to offer his wife Charity (Michelle Williams) and his two daughters the life he had always promised them, Barnum embarked on a colossal project: to create a fantastic circus show. For this, this inventor of the show bussines will look for unique artists, dwarves, bearded women, tightrope walkers and all kinds of imaginative shows. His motto: do something new, you have to do something unusual..